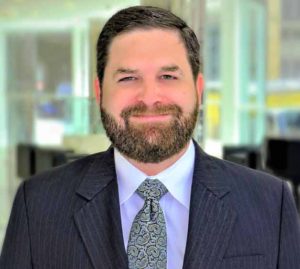 Curt Hesse specializes in a broad range of employment law matters, and has represented both employers and employees.  He has experience litigating class and collective actions under the Fair Labor Standards Act, the Uniformed Services Employment and Reemployment Rights Act and the Family and Medical Leave Act.

Prior to joining Moore & Associates in 2009, Mr.  Hesse served as a judicial intern under the Honorable Michael Schneider, Jr., 315th Juvenile District Court.  During law school, he clerked for Gilman & Allison, L.L.P., a firm specializing in admiralty and maritime law.  Mr.  Hesse also has worked as a legal assistant clerk at Baker Botts, L.L.P.

Mr.  Hesse is a veteran of the United States Coast Guard.  He was activated multiple times after September 11, 2001, and has received numerous awards, including the Commandant’s Letter of Commendation, Presidential Unit Citation and Global War on Terror Service Medal.