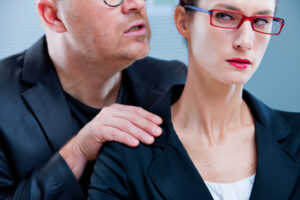 What is sexual harassment? According to the U.S. Equal Employment Opportunity Commission, sexual harassment includes “unwelcome sexual advances, requests for sexual favors, or other verbal or physical harassment of a sexual nature.” Sexual harassment can include disparaging comments about an entire gender. The line between sexual harassment and what might be considered “simple teasing” “offhand comments” and “isolated incidents” can be very fine.

What kind of content might be considered inappropriate? Nude photos and images, suggestive comments or notes, whistling at a co-worker or employee, or making sexual comments about a person’s appearance or body could be considered sexual harassment. Photos of women in bikinis and photos of shirtless men could also be considered inappropriate. Touching can include pinching, patting, rubbing, or intentionally brushing up on the body of a co-worker. Inquiries about a person’s sexual orientation or sexual past can also be considered sexual harassment.

Basically, if you feel uncomfortable at work due to any of the above actions on the part of a coworker or manager, you may want to speak to your human resources department or follow procedures for reporting sexual harassment as recorded in your employee handbook. If you feel like your choice to speak up is leading to retaliation or if you speak up and the situation isn’t remedied, you may have the option to file a report with the Equal Employment Opportunity Commission. If you lost wages, lost out on promotions, or otherwise suffered losses as a result of the sexual harassment, you may also have the right to seek damages from your employer. Moore & Associates is a sexual harassment lawyer in Houston, Texas that may be able to assist you. It is important to have a strong case before you take the next steps. Our sexual harassment lawyers may be able to assist you with your case. We can review your situation and help you understand your rights.

Being Accused of Sexual Harassment in Houston, Texas? 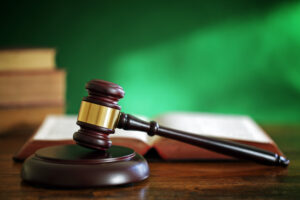