HOUSTON, Texas. According to Reuters a U.S. court recently ruled that a person’s historical wage could not be used by a company as justification for paying female workers lower than male workers. In the case of Rizo v Fresno County Office of Education, the Office of Education was trying to justify paying a woman less than her male co-workers because the woman’s past salary had been lower. The woman learned that she was being paid less than male co-workers who had less training and experience than she had. Before the Equal Pay Act was passed, barring employers from engaging in pay discrimination, women may have been paid lower wages than men. By using a woman’s historical salary to justify lower pay, some workplaces may have been grandfathering in pay discrimination. Women who have historically been paid lower may continue to be paid lower wages, which can lead to entrenchment of pay discrimination despite new laws barring discrimination. 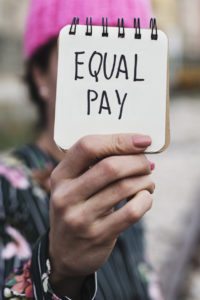 Some workers have used a person’s salary history to justify paying them less. This is problematic because women may have a lower salary history due to historic gender discrimination. The courts ruled that a woman’s past low salary history is no justification for paying her less than male co-workers. Training, education, performance, and other factors should be the only thing considered when making compensation decisions.

According to the New York Times, when workplaces ask workers about their prior salaries, they could be entrenching discrimination that impacts women and minorities more than white male workers. When women are asked about their salaries, they may quote lower salaries than new employers are willing to pay. Furthermore, women may be less likely to negotiate than men, which could result in lower salaries in the long run.

In 2016, women made 82 cents for every dollar a man made. Why do women fare poorer than their male counterparts? According to some researchers, women are less likely to advance in their careers than men are, due to time taken for childrearing. Another factor is that women are not seeking jobs in the most highly-paid professions. Why? In some cases, there may be gender bias in terms of hiring and advancement. In other cases, women may leave the workforce to have children and to raise young children, adding to the gap. While men continue working and advancing in their careers, women may be at home raising the kids.

Moore & Associates are employment lawyers in Houston, Texas who fight employers who engage in wage violations, pay discrimination, or fail to pay workers the overtime they are deserved. If you believe you are not being paid equally to your male co-workers, consider speaking to a qualified employment lawyer near you. Visit us at https://www.mooreandassociates.net/ to learn more.