HOUSTON, Texas. One of the problems with enforcing sexual harassment policies is the fact that victims are often reluctant to report harassment. There are many reasons why individuals might hesitate before making a report. They may feel ashamed of the situation, they may worry about how reporting the harassment will impact their career, or they may fear the perpetrator. Victims may fear backlash if the person perpetrating the crimes is a manager or leader in the company. 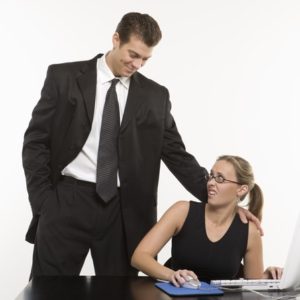 Yet, a new startup wants to change all this by making it easier for victims to speak out. The startup is called Callisto, according to Venture Beat. The application plans to make itself available to startup founders who might face sexual harassment when they look for investors to support their products. Recently, there have been reports that women who seek venture capital for their startups often face harassment from the men from whom they seek funding. Many find themselves in quid pro quo situations, where men pressure the women into sex or dates in exchange for consideration for funding. Many believe that these problems contribute to the disparity between men and women leaders in the startup space. The hope is that by promoting the product among founders, the founders themselves will eventually use the product with their employees when their companies grow.

Callisto is currently being used to help individuals report sexual assault on college campuses. The application has been used by Stanford University and on 13 other campuses.

The application also flags repeat offenders, giving victims options to reach out to others who have been impacted by the offender so that they can join forces in fighting these violators either on campus or on the job. The application also serves to educate victims about their options and rights. For example, it lets them know they can file police reports, file a lawsuit, or reach out to human resources.

According to research, college students who use the application are five times more likely to report incidents of sexual harassment and sexual assault. The application is considering expanding its reach to entertainment companies, media companies, politics, and sports.